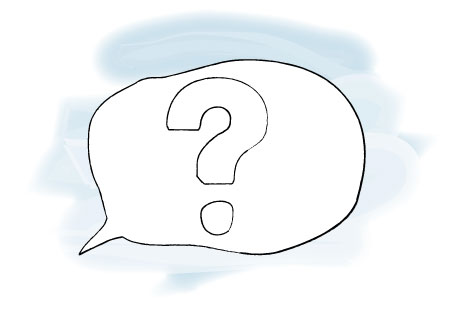 We are very different from big consultants. Find out about us.

Fivegrants Consulting is a Supply Nation certified business established in 2006. We are not a large consulting firm with expertise in every area of your business. We are a strategic team of passionate advisors who listen to your needs to connect you with a range of other business partners. In addition to our core services we also offer:

The company Director Jocelyn Grant (nee King) is a proud Aboriginal woman born and raised on the lands of the Gadigal people of the Eora nation and a direct descendant of the King and Smith families. She now lives with her family in the Hunter Region of NSW and is an active member of the Aboriginal communities of the Awabakal, Wonaruah, Darkinjung and Worimi people.

As a director of Ngurra Bu Aboriginal Corporation, Jocelyn also maintains an active role in promoting and sharing traditional lore and culutre.

Jocelyn holds a Masters of Applied Science and Social Ecology with majors in Community Development, Organisational Change and Environmental Education and Advocacy. Her other qualifications include:

Jocelyn established Fivegrants Family Trust in 2009 after successfully operating as a sole trader offering consultancy services since 2006. Prior to this Jocelyn had over 10 years experience in State and Local government. Fivegrants Family Trust became an Australian Indigenous Minority Supplier Council certified supplier in December 2009.

A proud Aboriginal man Garry has demonstrated experience in small and medium enterprises beginning as a concrete contractor in 1978. Between 1982 and 1988 Garry had a repairs and maintenance contract with the Housing Commission of NSW in the western suburbs of Sydney. He worked in building and construction until taking a sea change to work for his brother at Premier Motor Service, the largest bus and coach service on the East Coast based in Nowra, NSW. This role also involved driver training and assessment, which he continues to do today.

Garry has over 30 years direct involvement in the building industry from hands on tool work to senior level management including financial and project management. He has extensive experience in both domestic and commercial building planning and construction.

In 1994 Garry was offered the opportunity to work as the General Manager for Goldrush Tours in Kalgoorlie, WA. He built the business up from 4 mini buses to a fleet of 32 Coaches and 21 mini buses.
This was largely due to securing contracts with mining companies as well as developing the longest express coach services in Australia.

In 2000 Garry returned to NSW and worked in association with Coach NSW managed the sponsor coach fleet for the Sydney Olympics. His involvement and management of the fleet was judged at the conclusion of the games as the best managed fleet movement to date at any Olympics.

In 2002 Garry and his wife bought into her family business, Nowra Truck Centre, a Mercedes Benz heavy vehicle sales and repairs facility, which they operated until 2009. The business had employed 10 full time staff and had a customer base of 230. The downturn in the economy forced the closure of the business affording Garry the opportunity to slow down into semi-retirement and continue his passion of flying and teaching.

Garry has been a Chief Flying Instructor for over 20 years and has trained over 300 private pilots as well as over 200 commercial and military pilots.

We believe that knowledge is powerful but only if you share it. Our vision is to contribute to a thriving business community that operates ethically, honestly and sustainably.

Our business has a strong focus on building the capacity of our mob by sharing traditional and contemporary knowledge. We work with you in a respectful and collaborative way to leave your organisation with the skills to achieve your goals.

It is not our values that define who we are but our actions. Our core values shape our thoughts, which in turn become our reality and include:

Respect – We value your point of view and your experience.

Honesty – If we think there is another business that can serve your needs better we will refer you.

Reliability – If we say we will do it then we will!

We Listen – We listen because we believe that what you have to say is the most important part of the process.

Trust – We believe that trust is the basis of any good relationship.

Ethical – We believe that our business has a responsibility to tread lightly on the earth and that people come before profits.

Down to earth – We have a high professional standard but maintain a down to earth approach.

Confidentiality – What happens in Vegas stays in Vegas.

HIGH FIVES FROM OUR CUSTOMERS!

Through the delivery of The First Step, Jocelyn's ethusiasm and passion for supplier diversity and growing Indigenous business has shown. Her energy is infectious and she has brought many members from little or no knowledge to knowledgable supplier diversity champions.

"...Garry is a natural story teller (and mentor) and his way of communicating the basics of what it takes and means to go into business for your self or with your family is second to none..."

"...she was brilliant and we were given more advice than we knew we needed. What we liked the most about the service was the prompt and business like approach. Jocelyn understood us and helped us to achieve more successful outcomes for our business..."

We are in every city, every town and Indigenous people will play an increasingly important role in the future and prosperity of Australia.”
Fivegrants recently developed Yarnteens Reconciliation Action Plan.

Our consultants come to you. Good old fashioned personal service just where you need it backed by the best technology for today’s world.